“A Lifetime of Mastery” Lifetime​ Achievement​ Award for Glenn Vilppu

“Not a day without a line drawn.” —Apelles, ancient Greek painter.

Glenn Vilppu has drawn every day for many decades. Wherever he goes, he has his sketchbook with him. That is his secret to mastery. Vilppu has probably taught tens of thousands of people how to draw and inspired generations of artists in mastering their craft.

It was an emotional moment watching Glenn Vilppu receive a lifetime achievement award at the Creative Talent Network Expo in Burbank on Sunday, November 25th. Some of the most influential artists in the industry attended the nomination. After a brief interview, CTN creator Tina Price asked the audience to share how Glenn Villpu has influenced their lives.

Joshua Jacobo was the first to speak and shared how Glenn Vilppu helped him found New Masters Academy after he had become his drawing mentor and friend. Veteran Disney supervising animator Mike Zedeno shared how without Glenn’s instruction he would have never been able to animate Belle or Prince Eric. The Simpsons’ director, Mark Kirkland, stated how the quality of the early Simpsons was very different from what it became thanks to Glenn Vilppu’s teachings when he was brought on to the creative team to level up their game. Legendary movie poster artist of Star Wars and Indiana Jones, Drew Struzan, shared how Glenn Vilppu taught him how to see truth and beauty, featured in the documentary “The Drawing Guy.“

Glenn and his wife Eleanor teared up while hearing one story after another on how he transformed the artist’s lives.

New Masters Academy premiered a mini-documentary on Glenn Vilppu, which you can view on top of this article page, called the “Master Artist Spotlight. “

Once you meet Glenn Vilppu it’s hard to not be inspired by his childlike enthusiasm for capturing the world in lines.

I met Glenn and Eleanor Vilppu at the reception of Joshua wedding this past August. I noticed him carrying a sketchbook. It looked as if it was an extension of his arm and hand. During the dinner, his elegant fountain pen peaked out from his breast pocket, his sketchbook rested by the silverware and wine glasses. By the time arrived, he had already drawn all nine guests around the table. I leafed through his sketchbook. He had captured our facial expressions, gestures, our moods, even our inner bearing, in a matter of minutes. When I looked at his drawing of my profile, it reminded me of what I had been feeling during the lively conversation, a little while ago, when we were finishing the main course.

Seeing such ease in the act of creating, so discretely intertwined with daily life, is truly wondrous!

Besides drawing from life, Vilppu can draw the figure, and just about anything, as easily from memory or from the imagination.

At his home in the desert, northeast of Los Angeles, Vilppu has several sketchbooks scattered about, in waiting, ready for him to draw on at any time. There’s a fireproof safe in his studio where he keeps about a thousand of his sketchbooks—his life’s work. He doesn’t throw away any of his drawings, he said. He respects his progress. “I’m much better today than I was five years ago,” he said with a big smile.

He’s not afraid of blank paper. “You’re not going to learn something if you’re not willing to make mistakes,” he said, while showing me one of his latest series of drawings. One of them was a large composition of two female figures—a mother and daughter—and a young man in a forest. “I’m going back to ideas that I had 60 years ago,” he said. The composition showed an archetypal coming-of-age story.

“I was really focusing on one thing—leading the eye, playing it,” he said, explaining how he had added each element to the composition. “As I did it…I had this movement going… So then the story became, Ah! the mother is saying, ‘Well, why don’t you have a baby?'” he said laughing.

For Vilppu, drawing is the same as thinking. His drawings show his thoughts and feelings. In a way, if you want to know him, you have to see his drawings.

His focus is on gesture. Light is not as much a consideration for him as showing the action of the figure and understanding the re in terms of the articulation of the joints to reveal the form through action.

Sitting on his living room couch he demonstrated how he draws. “The line is leading your eye to experience an edge,” he said while drawing a sphere for a head, a line for the spine, and so forth.  “In other words, I’m leading your eye to feel the movements. So, in this process … you’re analyzing the action. I’m not looking at the shape, I’m looking at the action… the vitality of the action that you’re after is the primary thing to start with. That’s the story.”

Drawing the figure convincingly takes practice. To do that from your imagination takes even more practice. If you can do it well, it shows that you have internalized knowledge of the .  But it is not a linear process of learning anatomy first and drawing from memory second. Vilppu encourages his students to practice drawing from the imagination from the very beginning. That way, he says, you can learn from your mistakes. You keep trying and you can then always go back to drawing from the model, to learn more, and to make up for discrepancies between what you already know and what you are about to know better.

This time-tested method allows the artist to be inventive, to be able to create images that defy reality as we know it—for example of spiritual realms, of divine beings, of things that transcend the material world—or of images from memory that can be combined in a composition that didn’t exist before you drew it. In a most practical way, it frees the artist from needing a model most of the time. This is how the Renaissance masters developed their drawing skills, Vilppu emphasized.

“To be able to convincingly draw the figure, you need to start from the inside. You need to know the bones, the sinews, and all the muscles to be able to communicate naturally the actions and expressions of people and to show the emotional state of your subject. That has always been key, since way, way, way, way back,” Vilppu said.

When he was in his 20s he quit college six months before graduation because he didn’t think he was learning fast enough. He decided to teach himself, drawing and painting by day and driving a cab by night. On his way to becoming a full-time professional artist, to make a living, he never took a job that was more than 20 hours a week. He took classes at Art Center and started teaching while he was a student. His focus has always been on developing his artistic skills.

“All Day, every day, I studied drawing and painting and composition,” he said as he pulled out from his shelf Bernard Berenson’s book, Italian Painters of The Renaissance. “I had probably analyzed every Titian and Tintoretto,” he said leafing through the old master prints.

It’s somewhat common among highly skilled professional painters to have shown their interest and potential as artists, when as children they would copy comic book superheroes—Spiderman, Superman, etc. Vilppu pointed out that cartooning is not much different from how the old masters conceptualized painting, they just did it at a much higher level.

“I can talk about so many different things in terms of capturing an action. But the first thing, that I say [to my students] is that we never copy the model. You analyze the model,” he said.

Vilppu started working in the animation industry in his 40s when some of his students suggested he work for Disney. He has 7 animation and 6 art department credits to his name and has also illustrated several books.

Having worked in the film industry, he’s very familiar with technology and embraces drawing on an iPad for example, but he strongly advises artists not to rely on photography. “The photograph has already been resolved as a two-dimensional image and the tendency for the student is to copy those two-dimensional tones and that’s really detrimental,” he said.

Having the freedom and facility to draw from memory/imagination as an artist is admirable. But what is even more admirable about Vilppu is how generous he is in passing on his knowledge, wisdom, and tools to others. He really enjoys teaching. It’s a win-win arrangement. “I go around to every student and demonstrate, which is also beneficial to me because that has helped me to develop my skill. I draw just as much, or more, than my students,” he said.

Vilppu has probably taught tens of thousands of people how to draw. Besides teaching at Art Center, UCLA, the American Animation Institute, and workshops around the world, he also teaches online via New Masters Academy. Of all his students’ work, however, you would not be able to readily discern his influence, because their styles vary immensely, unless it is in technical instruction kind of book, for example the drawing in the book, “Figure Drawing Atelier, An Instructional Sketchbook” by Juliette Aristides, shows an obvious influence from Vilppu.

Vilppu is constantly reminding his students, “There are no rules, just tools.”  By tools he means, from knowing how to sharpen and use your pencil, to an essential step by step process for drawing representationally, to understanding composition, gesture, combining 2D and 3D dimensional observation, modeling tone, and atmospheric perspective, to name a few.

Ever since Vilppu started drawing as a child his aspirations have remained consistent—focusing on drawing and painting. It’s a lifetime of work. It was clear to him from an early age what he wanted to do, and he focused on that.  When someone asks him how he could stay on his path to mastery so focused and determined, given that art movements over the last decades were changing so drastically, he always comes back to his philosophy, following the Greek Stoic , Epictetus. In life, “there are only two things, [Epictetus proposes]: things you can control and things you cannot control. The only thing you can control your thoughts, ideas, wishes, dislikes. You have no control over anybody else,” Vilppu said smiling.

The award “A Lifetime of Mastery” is a symbol of his lifelong dedication. Anyone who has met Glenn knows he will keep walking his path of mastery as long as he has that spark in his eyes. 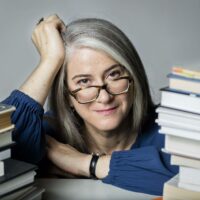 Milène J. Fernández is a journalist and writer, featuring artists and exhibitions. Her articles are published in The Epoch Times and in Fine Art Connoisseur. She is currently writing a book, titled, From Life, which champions the resurgence of the classical / realist tradition.

“A Lifetime of Mastery” Lifetime​ Achievement​ Award for Glenn Vilppu