The maternal figure appears as a treasured theme for artists throughout the ages. What would a world without these motherly depictions be like? Like a world without mothers — it just simply could not be.

Artistic representations of the mother archetype inspire viewers to draw nearer to the essence of the ideal maternal traits, embracing and in turn embraced by high character values such as beauty, tenderness, compassion, and unwavering love.

Classical and Renaissance art offer us countless expressions of the mother archetype. For example, we see innumerable depictions of the Madonna, the Blessed Mother, by artists including Leonardo da Vinci and Raphael, and representations depicting the Pietà in Christian-themed artworks.

Historians speculate that the earliest artistic representation of Mother Mary came from the 3rd century, high up on the walls in the Catacomb of Pricilla in Rome. It remains debated amongst art scholars whether this depiction is, in fact, of Mother Mary or instead is simply a mother nursing her child. The deteriorated state of the catacomb makes much of the context of this mother and child a remaining mystery. In the following centuries, depictions of the Blessed Mother become more common.

The Uffizzi Gallery in Florence, Italy, houses three significant panel paintings of an enthroned Mary and baby Jesus from the late 13th century and early 14th century. All three paintings depict a very similar scene and composition, with Mother Mary sitting as the central figure, poised with a queenly stature. Her centrality in the art pieces harks to the fact that during the end of the Medieval period, Mary became seen as a bridge to Christ and gained greater importance for those who sought nearness to her Son. Italian artists Duccio, Giotto, and Cimabue, contributed these iconic works to the lineage of Mother Mary’s presence in art.

Mother Mary’s symbology remains central to the development of Western art, with many artists receiving numerous commissions throughout their careers to paint her. For Renaissance painter Leonardo da Vinci, the Madonna was an important theme which the artist revisited in multiple commissions for his patrons. In one of his youthful works in 1486, Leonardo painted The Annunciation in collaboration with his mentor Andrea del Verrocchio. In this scene, Mary receives an essential visit from Archangel Gabriel. Set in a lush garden within the walls of a Renaissance palace, Leonardo and Verrocchio delicately portray the astonished Mary. Despite this piece coming from what is considered Leonardo’s early years, Leonardo’s confidence with compositional balance and swift brushwork is apparent.

Between 1483-1486 Leonardo painted Mother Mary again in Virgin of the Rocks, one of two editions that he would paint of this same piece. In the panel, we see a maternal Mary seemingly ushering young John the Baptist towards her baby. An angel sits beside baby Jesus, gazing toward him with an expression of divine purity. All four figures kneel together amongst a rocky grotto. Most pre-renaissance paintings of Mary present her seated on a throne or amongst an ornate setting. However, by the High Renaissance period, Mary became more humanized, bringing her closer to the earthly essence of a mother and less characterized as a divine entity from the heavens. As a “Madonna of humility,” she comes closer to the natural world.

Leonardo’s Virgin of the Rocks remains aligned with High Renaissance style, arranging the figures in a pyramidal composition to suggest balance. Da Vinci masterfully paints Mother Mary in a strong contrapposto position, with her head affectionately tilting down towards baby Jesus at an angle. This dramatic positioning could prove quite challenging to convey for an amateur artist. However, Leonardo’s great skill and sensitivity to the humanist subject matter allows him to breathe life into this maternal figure.

Italian High Renaissance painter Raphael also took on Mother Mary as a common subject. During the brief time between 1504 and 1508, he painted at least seventeen small devotional panels of Mary and child. Many of these pieces were likely for private clients who wished to have a sacred symbol of the Blessed Mother to gain divine inspiration. Of the dozens that Raphael created, many remain as treasured pieces today.

In Raphael’s 1506 painting, The Madonna of the Pinks, we again see the nurturing mother sitting with baby Christ on her lap. The two exchange carnations, a symbol of divine love, and offer the viewer a resting point to contemplate maternal love’s highest ideal. Both sit within a modest indoor space, with a window tucked to one side that opens up to a bright landscape shining in from a distance. Raphael’s beautiful rendering of Mother Mary likely earned him the repeated requests for this theme.

Beyond spiritual depictions of the Blessed Mother, the maternal figure inspired artists of preceding ages. 17th century painter Rembrandt van Rijn painted his mother, Neeltgen Willensdr, depicting her old age with beautiful delicacy. Meanwhile, another painter from the same era, the Italian Guido Reni, painted his own mother, veering off his typical Biblical subject matter. Toward the end of the 17th century, Dutch artist Gabriël Metsu composes a scene resemblant of the Pietà, with a sick child cradled in the loving arms of her caretaker. The child gazes out as if deeply aware of something within, as the older woman’s careful attention is focused entirely on the child.

Images of mother and child encourage the viewer to internalize the poignant relationship between the innocent and the knowing. In witnessing such maternal depiction in art, spanning from long ago in history up to our present age, these pieces remind us of the essential maternal symbol that tenderly guides us through our lives. 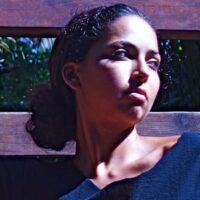 Sarah Hodges is a freelance writer currently based in Honolulu, Hawaii. Before becoming a writer, she studied fine arts at the Pennsylvania Academy of Fine Arts, The Grand Central Atelier in New York, and The Florence Academy of Art in Florence, Italy.

The Philosophy behind Raphael’s “School of Athens”
December 9, 2020

‘The Annunciation’ in Art: A Story about Inspiration
November 18, 2020