Seldom taught outside of Russia, the “imperial” drawing and painting method was uninterrupted by the modern art movements that transformed representational art in the West. The training has been preserved from one generation to the next within an institution which has changed remarkably little over the last 250 years.

This method provides a unique and clear lineage to the greater art traditions of the past. More than that, the artwork produced in this approach is impressive in its combination of constructive solidity and observational sensitivity.

As a result of the quality of this approach and its unattainability, the new generation of artists has become fascinated by it. In recent years artists have written prominent articles and blog posts about the method, and artists around the world have traded images and texts in Russian on the subject.

This approach has been influential in China, where artists from elite families have traveled to Russia with translators to learn the method and bring it back to their country. Former students of the school opened up an academy in Florence, Italy, a city where many international students travel to study mainly sight-size drawing approaches.

This newfound interest in the Russian method has also been influential among American illustrators and has begun to seep its way into the international representational art zeitgeist.

So although this approach was a logical fit for New Masters Academy, the challenge of bringing this content to you was not a small one. Unlike many artists in the West, most of the instructors teaching at the Repin Academy don’t travel, don’t leave the Academy, and don’t speak English.

The offshoot schools that have popped up don’t teach the traditional method and until today, if you wanted to learn this method properly, you would need to travel to Saint Petersburg in person and study for years. Without speaking Russian, you would also be in need of a personal translator. Obviously, this is not a realistic option for most artists, especially given the current political situation.

So although artists around the world are intensely fascinated with this approach, and we believed that it would dovetail beautifully with the methods that NMA currently offers, it did not seem that we had a way forward—at least until we learned of Iliya Mirochnik.

Iliya was born in Ukraine to Russian-speaking parents. His family emigrated and lived a brief time in Israel before settling permanently in New York City. So Iliya grew up sharing both American and Russian cultures. After showing an interest in art at a young age, his parents set him up with private instruction with former Repin Academy graduates to start him on his artistic training. Then at the age of 18, Iliya moved to Saint Petersburg Russia to study full-time at the famous school.

After eight years at the Academy, Iliya had perfected the technique and returned to the states to begin a successful career as a professional painter and educator. It’s worth pointing out at this point that Iliya is not only an expert in this approach but a brilliant draftsperson and painter in his own right.

Because of his unique story, Iliya might be one of the only people alive to be able to bring this approach to New Masters Academy.

The goal for this new program at New Masters Academy was two-fold. The first part was to try and condense eight years of intense full-time study into a few dozen hours of video so that an international audience could easily understand it.

The second part was to find a way to structure the Academy’s uneven and master-apprentice style format into one more conducive to online study.

To accomplish these goals, we expanded specific projects into more comprehensive training, and in many ways, the final result is more robust and delves deeper than the original program.

And so after more than a year of planning, recording, and editing we are proud to share with you the first Course in Iliya’s program:
Russian Academic Drawing Course: Part 1 The Fundamentals

We designed this course for both experienced artists interested in learning a new approach as well as the total beginner who can use this course as their first foray into drawing.

As you move your way through this course, follow along with each assignment to the best of your abilities. The training is condensed, but every step is necessary to build the skills you will need to continue the program beyond the fundamentals.

Since we learn best when we have the guidance and encouragement from expert instructors, we have prepared to provide special interactive learning for this program through the New Masters Academy Coaching Program. You can enroll in the coaching program and be assigned a coach trained in this Russian Academic Approach. Iliya Mirochnik himself will be available to a limited number of students. Your coach will work with you through each assignment and provide the vital feedback needed to maximize your learning results.

The entire Fundamentals course is now live on the NMA.art website here. 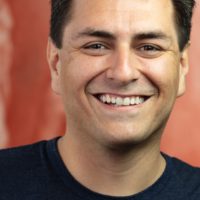 I am currently following the Russian Academic Approach and it is fantastic. I am a high school art teacher in a public school in Pennsylvania and I am adapting parts of it to use with my students in the classroom. The basics of drawing from mark making to geometric forms and studies of light have proven to be a big boost to even my youngest students, 14 and 15 year olds. They do eat it up, as they say, they love to have something concrete and sequential that yields recognizable results.
Myself, I am up to the skull and cadaver bust, starting the anatomy of the neck and shoulder. At 55 my drawing is continuing to improve and so is my painting. Thank you so much for the courses and working with my school to deliver it to us. I have several other faculty taking courses on NMA!